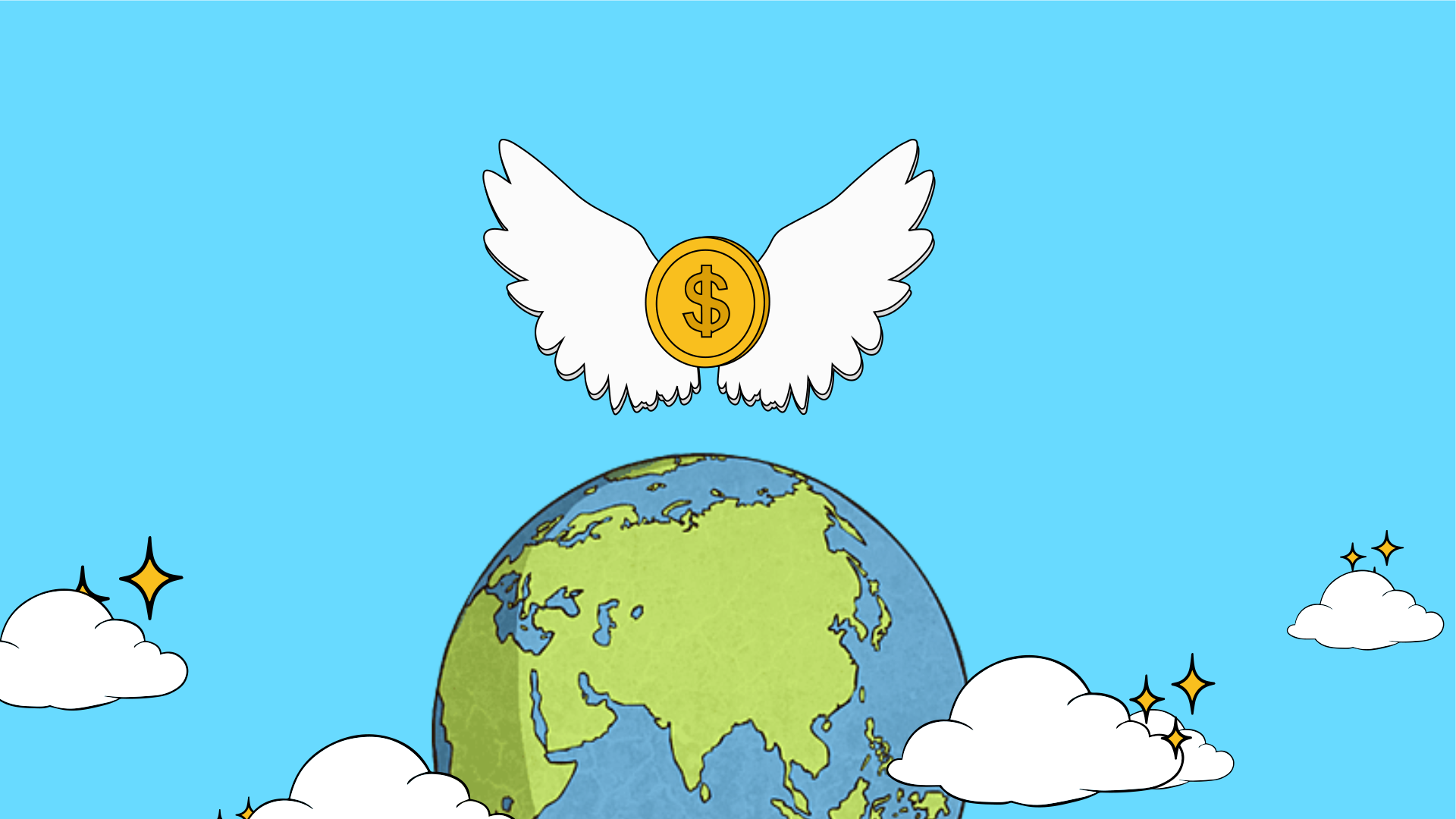 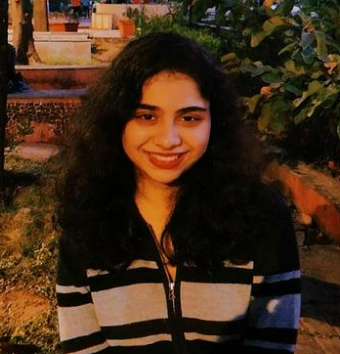 When we talk about angel investing in the start-up space, more often than not, the focus tends to be on entrepreneurs. What we, as angel investors, expect from them, how we screen them, their ideas, their fundamentals... you get the gist. But what if we tell you that the first step to achieving success in this ecosystem is emulating — rather — learning from the masters in this field.

Through this article, we aim to compare and contrast the behaviour, portfolios and exits of some of the most successful angel investors in India and across the globe.

Not only is Fabrice Grinda a super-angel, but he also has a very important underdog story to share. From $100000 in debt to earning hundreds of millions in exits, he is undeniably one of the most experienced entrepreneurs and investors in the world today. Pocketing 250+ exits on 700 angel investments, this French entrepreneur boasts an impressive track record as an early investor in Alibaba, Coupang, Airbnb, Instacart, Flexport, Delivery Hero, Aucland, Vettery, and many more. He currently runs the start-up studio and venture fund, FJ Labs, co-founded with business partner Jose Marin.

An impressive journey warrants equally fitting insights, and that's what Fabrice bestowed everyone with at La Red Innova, a Spanish and Latin-American tech conference, held in Madrid. Here are some notes we can take from his investment behaviour and thought-process:

We highly recommend checking out https://fabricegrinda.com/ to learn more about Fabrice, his investment journey, portfolio and FJ Labs.

The man, the myth, the legend. Paul Buchheit, the creator of the ubiquitous mailing service, Gmail, is also a managing partner at Y-Combinator and the co-founder of the social network aggregator, FriendFeed. As per Crunchbase, his portfolio consists of 166 individual investments in start-ups viz. Let's Do This (latest), dNovo Bio, Gotrade, Eclipse Foods, Nabis, among many others; 4 partner investments in Titan, Caelum Health, Bountiful and Segment; and 63 exits, the most notable being zPREDICTA, Zesty, and Zaarly.

An article from his self-titled blog, dated 3rd January 2011, provides ample insight into his investment journey and pearls of wisdom straight from the horse's mouth.

Paul started his angel investment journey in 2006. Within the first 2 years, he made investments amounting to $1.21 million in 32 different companies, half of which are now either acquired by other bigger companies or defunct. In 2011, his acquisitions totalled about $1.34 million with a roughly 10% gain, and his most promising investments included: Meraki, Weebly, and Wufoo.

Unfortunately, only two small-sized investments, Heroku and Mint, yielded a greater than 10x return. Additionally, there were also a couple of medium-sized acquisitions in the mix (AppJet/Etherpad and 280North) and several smaller but decent (2x-3x) exits: Auctomatic, Parakey, and Zenter.

Angel investing for newcomers is no cakewalk, and Paul's journey during his early days as an investor only cements this. But after gleaning years' worth of experience in this tumultuous ecosystem, he does have some sage advice to impart. Note that even though these bits of advice were penned in 2011, they still hold up pretty well:

"1) Assume you'll lose your money and 2) Plan on investing in a large number of companies... I think my experience so far validates this advice. It's important that investors have the right motivations (helping out start-ups and learning how to be a better investor) and the right expectations. Anyone doing it with the idea that they can simply find the next Google, invest a bunch of money, and then get super-rich is going to be very disappointed. That said, finding the next Google and buying a 1% stake is my current billion dollar plan."

As a nascent angel investor, who better to emulate than California-based Naval Ravikant, the co-founder, chairman and former CEO of AngelList? The creator of the very lifeline of all angel investors, his portfolio, as per Crunchbase, boasts a whopping 221 individual investments in start-ups like Spacedrive (latest), Fashinza, TipTop, Bubbles, Logseq, among others.; 7 partner investments in Upstash, Nova Benefits, Prologue, Capsule Social, Pipe, Iron Fish and Wanelo; and 60 exits, the most notable being Zaarly, Wish, and Vurb.

Given Naval's vast expertise, there's a lot to learn from his angel investing journey. A precise combination of both diligence and luck, his biggest successes came in the form of early investments in Twitter, Uber, Thumbtack, Wanelo, Flipagram and Postmates when they were just in their infancy. The fund he ran is on track to return 10-20x the capital the start-ups raised.

Naval has an optimistic approach to angel investing. He claims, "Angel bets and venture bets are great because they have nonlinear outcomes in the positive, but on the downside, you can only lose 1x (where x is your investment). On the upside, you can make 10,000x." To enhance his chances of getting high returns, this is how he "rigs" the game:

India has the third largest start-up ecosystem after the USA and China. With the 100th unicorn declared in May, the country's emerging start-up space is lucrative, however it is still plagued with major and minor issues viz. the dearth of expertise, taxation issues, a mismatch in valuations, and a lack of follow-ons, to name a few. In this regard, the following Indian angel investors have overcome these peculiar challenges and are thriving despite the volatility:

Sanjay Mehta has found abundant success in his decade-long investing career. Having invested in 150+ global start-ups, he is the only Indian angel to have 4 unicorns under his belt: OYO, CoinDCX, Block.One and AXIOM Space. His most notable success was the 280x return he generated upon exiting OYO. As evidenced by his portfolio, Sanjay has pocketed 103% internal RoR on all funded start-ups as opposed to the industry average of around 30%. Even though he has drifted away from individual investing after establishing the Mumbai-based 100X.VC, the first Venture Capital firm to invest in early stage start-ups using founder-friendly SAFE Notes, his 'Eight-Point Formula' to evaluating start-ups, an approach that has more or less been constant in his angel investing journey, offers valuable lessons to budding angels.

In a conversation with Inc42, he listed The Eight-Point Formula to evaluating start-ups which entails asking the following questions:

Besides these pertinent questions, he also lays emphasis on the importance of a solid investment thesis as a guiding principle. The tripartite framework of the thesis, i.e., the investment horizon, risk appetite and sectoral knowledge, gives any investment a clear direction and structure. He also encourages exploring new sectors by finding other seasoned angel investors and piggybacking on their expertise. Sanjay believes that even though these basic questions may help investors arrive at their thesis, it would take at least 6-12 months to get definitive answers. However, by the end of the first year, one needs to have a bankable investment thesis. Hence, he calls the first few deals a "spray-and-pray" approach.

As documented in an article from 'The Economic Times', dated 3rd April 2015, Rajan gave a brief on the distinct, almost unconventional approach he adopts when making his investment decisions.

This comprehensive article can be interpreted in myriad ways: a case-study of renowned angel investors in India and across the globe (the title basically), an angel investing guide of sorts, an endorsement of this dynamic ecosystem, or perhaps, a cautionary tale of how quickly and easily uncontrollable variables can sky-rocket or tank your investments. Whatever it is, one thing's for certain, you can adopt multiple approaches along the way, and none of them would be wrong. All you have to do is dare to dream big and carve your own path.